Within this five days tour of Bhutan, you will be visiting to three western districts, Paro, Thimphu (capital) and Punakha. Highlight of the tour includes hiking to Taktsang Monastery, visit to Punakha Dzong, National Museum and world’s largest Buddha statue. 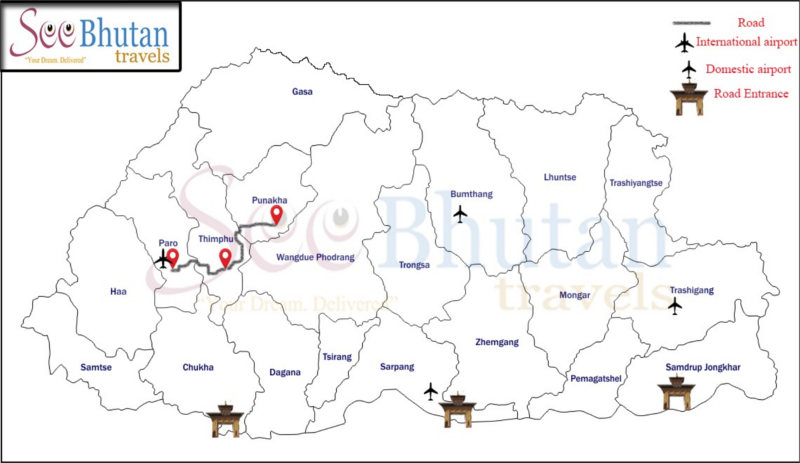 After breakfast we will visit to Buddha point before heading towards Punakha.

From Buddha point, we will head towards Punakha located 78 km east of Thimphu.

Before arriving Punakha, on the way we will pay visit to Khemae Lhakhang, the temple of fertility.

Once at Punakha we will pay visit to Punakha Dzong.

3. Paro Ta Dzong (national museum): Located on a spur above Rinpung Dzong, five and a half kilometers’ drive from Tshongdu town, the dzong was built in the mid-17th century as a watchtower overlooking Rinpung Dzong by Lanyongpa Tenzin Drukdra and Chogyal Migyur Tenpa. The circular Dzong houses the National Museum of Bhutan.